One of my favourite places to holiday is the Outer Hebrides , North Uist and the Isle of Berneray. It is home to some of the Machair which is fertile low-lying grassy coastal fields.

One things that is striking is when I left and drove the 600+ miles back home I did not see one field in all that time that had any flowers in them, it was just bare green empty fields. 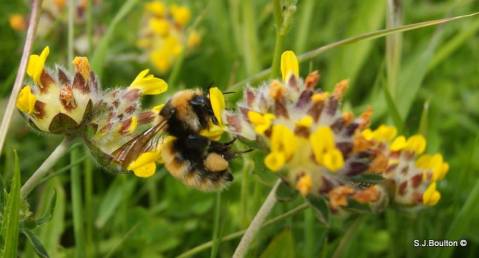 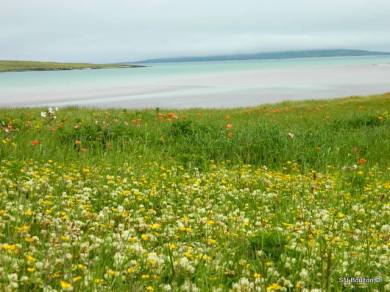 Machair
Machair is a Gaelic word meaning fertile low lying grassy plain. This is the name given to one of the rarest habitats in Europe which only occurs on exposed western coasts of Scotland and Ireland. Machair habitats in the Outer Hebrides run up the western shores of Uist, Harris and Lewis.

Here sand, largely made up of crushed shells, is regularly blown ashore by Atlantic gales. Over time the calcium rich shell sand and traditional Outer Hebrides crofting land practices have led to the development of a mosaic of fertile Scottish grassland habitats renowned for its Outer Hebrides wildflowers, Western Isles birds and insect life.

The most extensive areas of Outer Hebrides machair can be found on the West Coast of the Uists. Here you’ll see the succession from dunes to grassland and traditional arable cultivation worked in rotation. On the fallow areas that have recently been cultivated you’ll find the greatest diversity of flowers where up to 40 Western Isles plant species can be found within a square metre.

Many of these are quite common Outer Hebrides flowers but it’s the sheer abundance of blooms that makes the machair so special. The colours change through the season with yellows dominating at first and then fading into reds, whites and blues.

However, the Western Isles flora on display on each machair is different depending on the history of land use and the local environment so it’s worth visiting several areas. Flowers of the Outer Hebrides are at their best between mid June and mid August.

The diverse plant community supports a rich insect life. The rare Great Yellow Bumble Bee and the unusual Belted Beauty Moth with its flightless female form are two of the most characteristic machair insects found in the Outer Hebrides.

The machair are bustling with Western Isles bird life at all times year. Corncrakes and breeding waders are the most distinctive spring arrivals. Large flocks of geese, lapwing and golden plover make this their home in winter… information from Visit Outer Hebrides