On emerging, the young larva moves to the underside of a leaf where it feeds. As it matures it feeds on the upperside of the leaf and is quite unmistakable, resembling a bird dropping. This stage lasts around 5 weeks, depending on temperature. Larvae of the first brood moult 4 while those of the second brood moult 3 times.

A poor photo considering it didn’t move, but it was just out of reach. 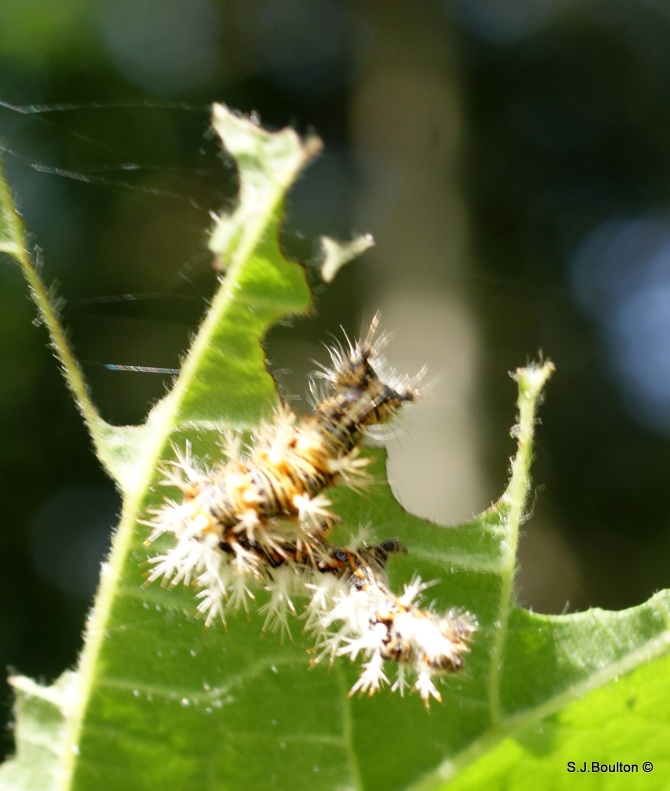